“Ghar”- A movie that makes a place in your heart 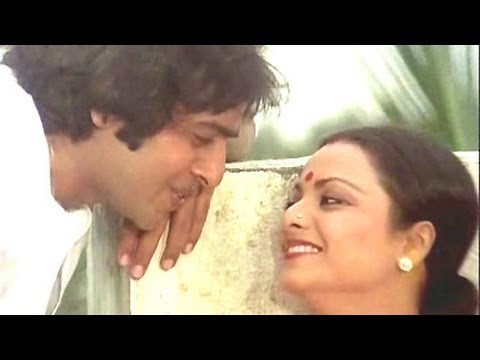 Posted at 21:31h in Blog by the5ammommy 2 Comments
0 Likes
Share

Today,I watched an old interview of Indian actress Rekha on BBC, which dates to the eighties; exactly when I was born. I found her mentioning that she started taking acting artistry seriously from the movie “Ghar”. I got intrigued  to watch this movie and moreover Actress Rekha in the movie Ghar! “Ghar” literally means house/home in Hindi.

Caution:- This is not an Oscar Nominated movies and certainly not top 10 Bollywood movies. But if you like emotional movies and real sensitive topics which touch  heart then Yes! It is a Good movie to watch.

Plot:- Vikas and Arti(Rekha) are in deep love with each other. Vikas knows that his dad will not accept Arti as a daughter in law as his father has his friend’s daughter in his mind. Vikas is determined to marry Arti against all odds. Vikas searches and plans to buy/ rent a house in order to get married to Arti and stay independently with her.

Vikas has a good set of friends and supporters. He gets married to Arti legally only to his father’s dismay. He is a head strong man when it comes to Arti. He leaves his father’s house with some of his belongings and the newly married couple start their married life. Romance blooms a little more and they also shift their abode to a new place of their own. The couple now gets little settled to start their family.

Until one fine day when they plan to go for a late night movie. They don’t get a cab while returning home. And while they walk their way home on an isolated road, they get encountered by four drunkard men. They hit Vikas hard and he falls unconscious. They forcibly take Arti away.  Vikas gets conscious in a hospital only to find that Arti was gang raped. Arti gets traumatized. She is depressed. She feels suicidal at times. Everything around them changes after this incidence. But for the love of her husband for Arti. Infact, he becomes even more loving,caring and affectionate. This feeling makes her think that probably he is being pitiable to her and she wants to leave the place and go. They are at the verge of loveless relationship. Arti doesn’t feel normal in their relationship, even after several attempts by Vikas to make her feel comfortable. So,what happens then to the headstrong Vikas who left his father’s home for Arti? Does she leave him? Well, it is for you to watch!

About the ravishing cast:

The chemistry between Rekha and Vinod Mehra is amazing. The sparkle in their eyes for each other is really adorable. Beautiful songs like “tere bina Jiya Jae na”,”Apki ankhon me kuch “,”Phir wohi raat hai”,”Aaj kal Paon Zameen par” take their romance to the next level and you feel one with them. Their offscreen love/ romance gets easily mirrored on screen. (Rumours on the mill)

Ghar is said to be the turning point in Rekha’s life. She transformed herself from the bollywood’s so called  “An ugly duckling “ to “a svelte ravishing heroine” now. By Ghar, she had arrived. Her acting is very matured.

The more than perfect husband material Vinod Mehra is one innocent and loving husband which every lady would desire for. He is sweet. He is caring.

The supporting cast Prema Narayan,who played Seema- a friend to Vinod is simply adorable. The notorious neighbour C. S. Dubey has kept the humour alive in the movie and so has actor Asrani brought a lighter side to the movie by his role as an inspector.

The songs are solace to the romantic souls. Not talking here about direction and other technical aspects of the film. The subject is very sensitive and has been handled with extreme care. The audience, like me, or even any millennial  would love to see the story unfold gently. Many credits to the beautiful songs with brilliant lyrics and excellent music that the movie feels relevant even today. R.D Burman and Gulzar to be credited

Happy birthday Rekhaji! I realised only now that it is her birthday today. Birthday has no relevance for a timeless star she is inside out!