A musical ode to the day 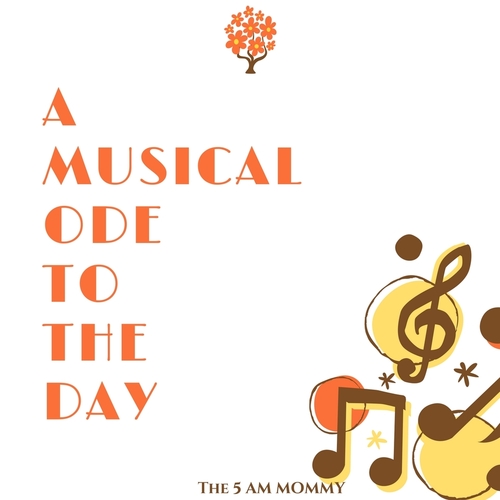 21 Mar A musical ode to the day

Posted at 16:30h in Blog by the5ammommy 6 Comments
0 Likes
Share

It has been a week that my routine had dwindled due to a viral infection. Following a routine is very easy for me because routines are no-brainers (true to my Taurean roots), put the bull in a changing situation and it would get annoyed for sure. That’s what happened over the whole of last week.

Come Monday morning, I stepped out of the bed listening to “Kausalya Supraja Rama Purva Sandhya Pravartate” MS Subbulakshmi at her best to wake up Lord Venkateswara in all his glory. Thanks to my neighbors, who start their day well before 5 AM. I mostly get up to the Suprabhatam and the smell of sambar which mami makes for their household.

My sister’s Mother In Law routinely listens to songs while she is cooking. She is a Carnatic music connoisseur and loves to go to musical retreats held in the city of Chennai in Margazhi Season and otherwise. Listening to songs in the kitchen is all about taste I must say. These songs which amma listens are not any way disturbing the peace of the household, it, in fact, mingles with the chores and the morning humdrum of the kitchen. This makes it more desirable. There is a harmony of filter coffee smell, Carnatic music, and her own so-hum.

I listen to a variety of songs in the morning which brings in a lot of positivity and goodness. Being in Chennai it is mostly Carnatic because Chennai Mornings are magical. The sunrise, kolam ( rangoli ), filter coffee, sambrani smell and mallipu smell. It all creates a space which needs to be filled with Carnatic renditions.

Starting with a swag:

As the day starts gripping everyone, I start my work and all I need is an upbeat song of Salman Khan mostly the trending one is “Swag Se Karenge Sabka Swagat” incidentally this is the favorite song of my 7-year-old along with “ Selfie Le Le Re”. It just takes you out of the sluggishness of the day.

Afternoons can be swept under the Justin Bieber/ Miley Cyrus songs. Little K is a fan of JB and as she comes back from school she likes to listen to all JB songs. I surrender myself to the new age music connoisseur and admire the freshness of the songs.

Once the tone of the evening sets in it is all about the melodious 90s. The “ Wadaa Rahaa Sanam” or “ Sundari Kannal Oru Sethi”. “ Rakamma Kaiyya Kattu” of Rajani to “Manram Vantha” of Mounaragam. The pehla nasha of JJWS or “Rang Bhare Badal Se” from Chandani.

The sky darkens one more shade and the evening slips into the night, the time when one can easily go to memories of the 60s. I usually set up Binaca Geetmala on my system and complete the remaining work. Switching on the radio and listening to 104.6, on a viewer’s choice program I often listen to Norwegian Woods by The Beatles or “The way make you make me feel” by Michael Jackson. Sometimes it’s Pink Floyd, or Top of the world by “The Carpenters”. Music soothes the soul and purifies it. I am sure you guys must be having your favorite songs which bring you back to life. Would love to hear about them.