Productivity in times of Covid 19 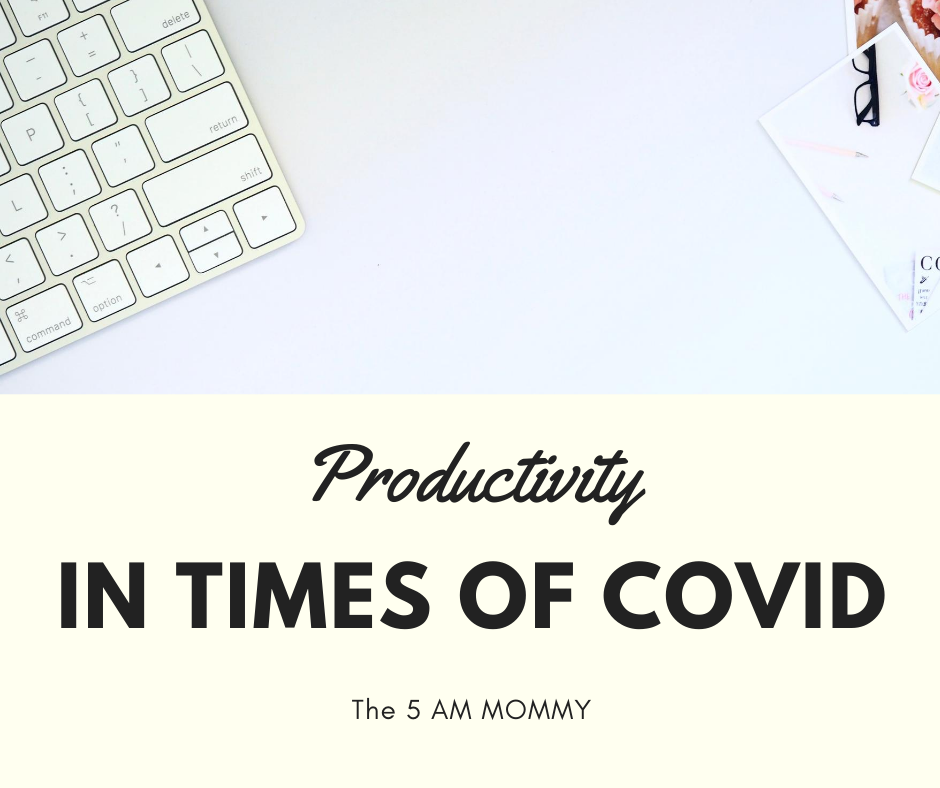 In the lockdown times, it has been found that people are much productive in the environment of their home, in their comfort zone and many companies have extended work from home for another a year or so.

I remember when I first started freelancing as a Project management trainer and a blogger, it was not considered as productive work. It was more of side work. In fact, one of the top officials had offered me a “mainstream” job as he met me after a decade of my evolution as an entrepreneur and a writer. He was very generous of course and I am grateful to have such people in my circle.

The point to elaborate on this is that Freelancing (work from home) and writing was usually considered as a nonmainstream job. Lo and behold, today everybody is working from home. Working from home is not a stressed mom’s job who wants to be with her kids and still be working. In this aspect, I feel Covid19 has taught a lot to the world.

This brings me to the point where Productivity is considered as the highest virtue. It amuses me how the marketers have brought us to think rather artificially that if you are not capable of replying to your emails and sit on top of the work in the wee hours of mornings as the most “millionaires” do, you are terribly failing at being productive. They brought in many concepts of the To-do list, Planners, Methods of waking up early, and what not? What works is still a question mark for many of us. Given the number of variables acting on us every day, tying anything in a plan seems to be rather bizarre. And why do that when you can let the day flow as it is.

“Anything which has a word plan is a myth. Planning something and constantly staying under the pressure of accomplishing it is such a passé.”

I am moving into a much deeper concept which many of you may feel is absurd.

I have heard that people who are billionaires plan their decades in advance. I just gasp at the limits that they put on the limitless possibility of many great things that may happen to them if they just go by their instincts and follow the flow.

Too much to do with less time

Who brings that too much to do compulsion? I am sure it is our own doing. Why that happens because you are not in tune with the day or yourself. Tuning in with you and tuning in with the day are two different things.

Tuning in with you:

How many of us are constantly tired and feel like doing nothing?

I am sure there are 80% of us who feel like doing nothing at all. This population is totally out of sync with themselves.

Let us identify why?

Here is a sales and marketing fact:

“Most numbers of converted calls are dialed between 9.00 am to 11.00 am in the morning on a working day”.

Do we need any more reasons for tuning in with ourselves?

Tuning in with the day:

Many of us are constantly running behind time. Even while working from home, it takes them a lot to just keep pace with the day. Are you one of them?

Let us identify why?

My grandmother who was born in the 1920s had an impeccable sense of time. She was always working from home J proudly. She hardly stepped out of the house so much so that her footwear needed to be searched when she went out once a year. None of her chores were “LATE”. She was always on time with all her chores, relaxed and that brought her in meditative state naturally. She never needed to check the clock for her chores. Just looking at the clock, sitting in some other city, I would know what chore she must be doing. Isn’t it amazing?

Productivity and my grandmother were synonymous with each other. I am sure you must be having one such soul in your family too.

What is that sense of time?

Human beings are blessed with them naturally. We are creatures of habit. When it is morning, our body just knows it. We know innately when it is dusk or dawn. It is just that there is too much noise around and we tend to ignore the signals that the body is showing us. Tuning in with the day is a matter of practice and habit, once you are in sync with it, you will never be late.

So, once you are in sync with you and the day, slowly things start moving as you want them to. Is this not being productive?

Planners, To-do lists, organizers aren’t they of any use?

They are of no use if you are not in sync with yourself and your day. So before you invest in a 5-year planner, a thorough check is to be done.

I am personally a fan of Planners, To-do lists, and organizers and I have got one for every year, but over the years I found, if I am not in sync with the day it is of no use.

Planning for 5 years keeping the limitless possibility in mind is the best thing to do, productivity is anyway a biproduct.

All activities are carried out by the three modes of material nature. But in ignorance, the soul, deluded by false identification with the body, thinks itself to be the doer.

Gorgeous #lunchsalad. I am a huge fan of #beetroot

Have fruits? Will snack 😌😌.. #fruitsnacks #f

The #chiapuddingbowl as they say in insta language

Some sunshine in the night!! #bellpepperboats stuf

Get that buttermilk ... it’s getting hotter in #

#dosa on your plate kind of morning!! #milletdosa