The Story of a Biryani 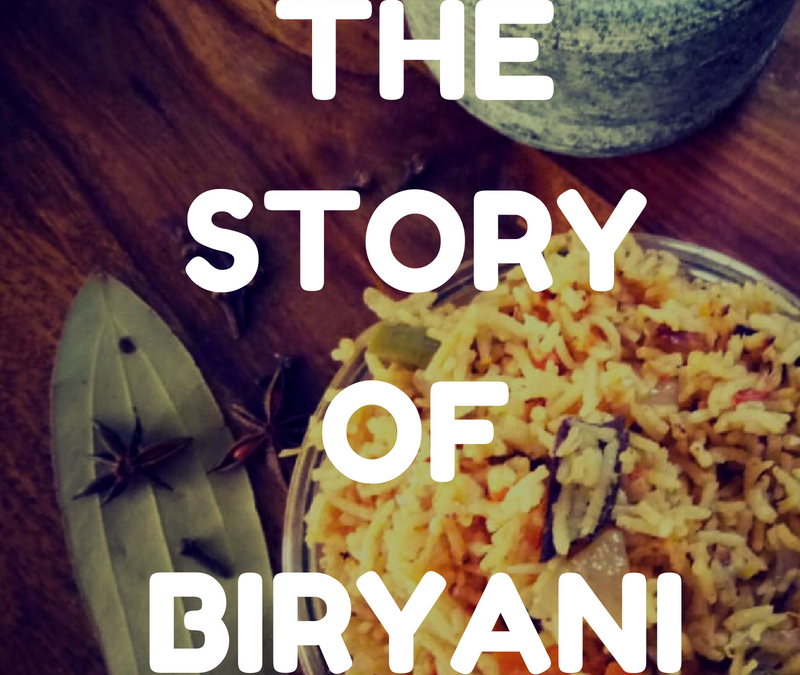 Today in the want of a one pot meal, I made a vegetable biryani. It tasted great. Mind you, it took me 10 years to make great biryani.

I am a Maharashtrian, raised in a orthodox deshstha brahmin household. All my life I have religiously munched on whatever my mom cooked. Though she was an ardent devotee of so many gods, for me there was only one religion “ FOOD”. Deshastha is a branch of Brahmins which has Koknastha brahmins on the other side ( this is just for information) . My mom used to cook amazing food. She was a very pious lady and used to cook exactly the same menu during different festivals. For example, for Nagpanchami which is celebrated in Maharashtra, we never remember having anything else other than “ Sakharbhat” and “ Dind” (which is a type of small pancakes) there were many logical reasons behind her cooking. All the food which she used to cook involved seasonal vegetables and grains. Her cooking method never involved a lot of masala or a lot of frying. She seldom used onion, garlic, eggplant in her cooking. I wonder how she used to cook delicious food without using many ingredients.

As I got married to a South Indian household, I was not very sure what to expect because everything was very very new. All I knew that they would be having dosa and idli more than my home. I came to Chennai keeping my mind open and slowly I realized that there is a lot of difference in the cooking method of my mom and south india. Being computer savvy, I could easily get information about different recipes which people had generously put on their portals may be to help people like me.

But to tell the truth “ NOTHING” worked.

I could make the “Kozhumbu” but it quite never tasted like one. I could make “ Sambar” but it used to be much like “Dal” and not the sambar that my people were used to. Idlis were not as they would make and I could barely make good dosas. Those were the starting days of our married life. Couple of years on, I could now make okiesh food which people could eat. They say as you become a mother, you slowly become a good cook. But my daughter also could not completely change the way I cooked. Some poriyals, some sabjis were amazing. I could make soft fulkas from the day one and that was my plus point. But that was it.

After around 6 years, I appointed a cook, Kamakshi. She is from a village near Karaikudi and has worked in a Chettiyar household. An amazing cook and a very efficient househelp, Kamakshi realized the different ways of eating of my household quickly and adapted to the same. She makes great food. She is my first source of knowing authentic tamil dishes. The kozhumbu that she makes is lip smacking and so is the tomato thokku. The rasam made by her has its own fan following. The vegetable biryani that she makes is our staple food on EVERY sunday. The gobi pakodas which she makes as an accompaniment is my daughter’s fav food.

Before Kamakshi, I could never know the real authentic taste of tamil cuisine.

Every dish is to be made a certain way and that certain way can be known only when somebody makes it in front of you or you have the taste engraved in your mind that you can replicate the ingredients and make the same.

Kamakshi is a god sent help for me to learn from an authentic source. But did I learn with her. NO.

It is her absence which taught me to remember the taste of each dish that she made and replicate the same. Today in the want of a one pot meal, I made a vegetable biryani. It tasted great. Mind you, it took me 10 years to make great biryani. It was not learnt from anybody, I just used my senses remembering the taste of Biryani made by Kamakshi and a lot of ingredients to make it great. Slowly,

I am realizing that good food is more about the exact ingredients that we add at the right time and nothing else.

Cooking is not an art but simple mathematics which I was ignoring all these years and was wondering why my mom never taught me to make great food like her. Perhaps she wanted me to come out of my shell and take my own time to learn cooking so that I love it all my life.

How did I make Biryani?

NOTE: Clip on the lid and DO NOT PUT ON THE WHISTLE ( Thank you Shrilekha for this invaluable tip) in 10 mins please check whether the water content is fine and if it is then your Biryani is ready….Let it rest with the steam.

What are the takeaways: