DO YOU FEEL THAT GETTING UP EARLY IS OVERWHELMING?

Being a morning person can be super overwhelming, I totally agree but being a mom we have to be in the bandwagon of waking up early people. And mind you it is just a habit that has to be created to be good at it. Just that? Yes. But how to set a habit you may ask. It is fairly simple. Just making up your mindset is the first step. I am sure you would say, what?? I do not want to wake up early ever and want to lie in my bed till afternoon. Yes, that also can be adjusted in your busiest routine, but if you are good at getting up early in the first place. But wouldn’t switch on and off hurt the whole process of creating a habit?

Let us check it out.

HOW ARE HABITS FORMED?

It is said that usually habits are formed as a result of wanting to achieve some goal. Let is keep our morning routine as our goal. It is said that it takes at least 21 days to form a routine. So that means we need to get up early for 21 days at a stretch for it to ingrain in our bodies. It sounds really tough but let us see how we can go about it.

What about the anxiety that I get when I lie down on my bed?

Anxiety is a conscious thought that has a deeper root. Instead of dwelling over that thought just push it out by writing some gratitude prompts. Also, thinking about the work that you might accomplish in the morning as compared to your earlier days will be a relief. Most of us always run out of time when we wake up late. It is like half of the day is already gone. When the anxiety strikes at night, I always try and think of a number of things that I would be able to accomplish if I wake up early.

How do I make my kids understand that I need to wake up early? 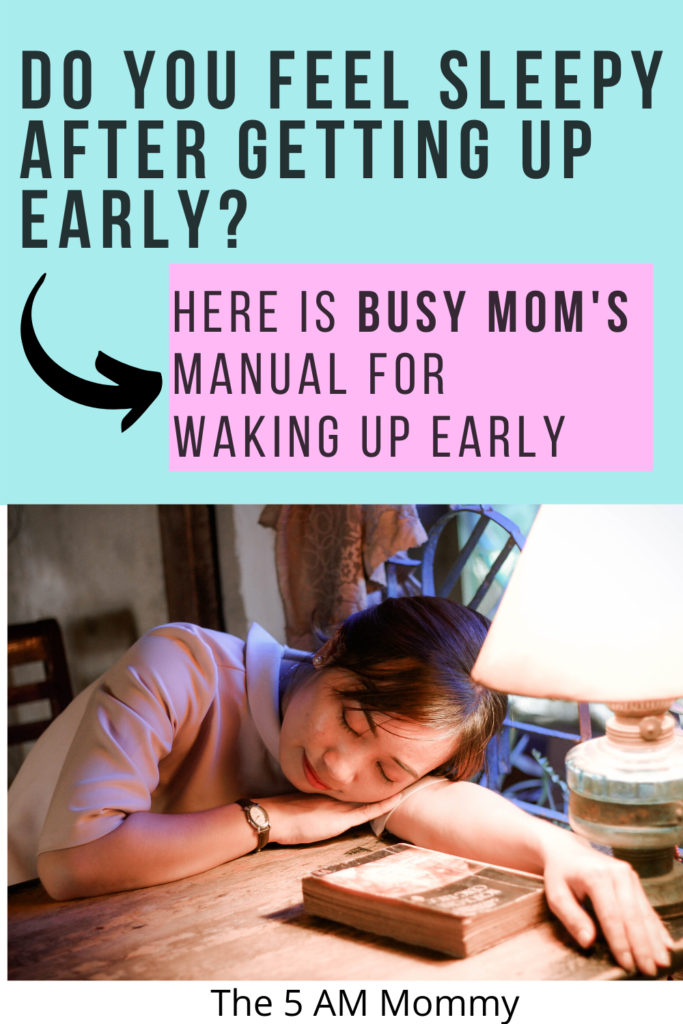 If you are a toddler mom and like me, if your toddler just wakes up the moment you wake up in case of co-sleeping, just talk to her/him. Talking it out and telling them why you are waking up early and how it would help you make them comfortable about the fact that you are not going anywhere. I used to wake up and sit just next to the bed working on my table. Some make shift tables would also do good. In case you are yet to set the timetable for the toddlers, do it right away. Being stringent with their timetable will get you the essential time which you need for yourself.

But I work out late at night and like to fall asleep after that.

Same here, I hear you. I worked out late night every single day and slept post-workout. I liked the routine, but even now with the early morning routine you can do the same. Just make sure you sleep a couple of hours early. I love my evening workout regime and do not want to change it for anything. Getting up early does not necessarily mean changing things you love. It is just about adding things that you might thank yourself later.

Will things get better if I wake up early.

I never liked to get up early believe me. I am still not a very morning person. I just like to finish much of my work in the morning so that I am not loaded in the evening. The clarity I get when I wake up early is a lifesaver, otherwise, the day literally runs you. Being the control freak that I am, I really feel that I have the control of my day when I get up early.

Can I get up just half an hour before my usual timing?

The whole thing of being a morning person is to accept yourself. Getting up early is subjective. It can be just getting up half an hour before your usual time and setting that as a benchmark to start with. The fantastic thing about body clock is that it takes its own time to kick in. You do not have to force it. Take it slow. Nobody becomes a morning person in a matter of a day. It is a continuous improvement that finally brings in a huge change.

All moms are busy. They do have a lot on their hands, but it is always good to share your load with people who care for you. Share your load and make yourself some time to embark on this new journey. Give yourself ample time to come out of that Business ( Busy-ness) Overwhelm. Believe me, waking up early is worth every effort, early is subjective and has a different meaning for different individuals. The first step is to decide what is your early and how are you going to set up your morning routine.