Are you looking for a weight loss diet that work? Well, approximately 8 months before I was this obese lady in late thirties. I love myself and my body but I felt something was not right. I am a control freak and do not like to let too loose with anything. We were on a vacation to a small village in South India and while I was relishing every bit of South Indian cuisine, I was not comfortable with it. It had been 3 years that I was scale wise overweight. I should confess that I was morbidly obese, if knowing this fact was not enough, I was eating whatever came in front of me LITERALLY. The vacation pics were all bloated. My face was bloated beyond my imagination. There are simple aesthetics of the body and I was clearly ignoring them. I was feeding my body too much and It was clearly visible. That was the point I decided to do something about it. The first point was to choose what I want to prefer as a form of diet.

Very close to the our roots as human beings. Paleo, the name suggests it all. When following Paleo diet, we are supposed to eat things which are not processed. Paleo diet is not as easy as it sounds, for my Indian palette it was difficult to choose from, so I decided to stick to part paleo diet. I am a vegetarian so, I had to right away tick off the non vegetarian options such as Meat, fish and Poultry. The best part about paleo diet that you can have as many vegetables as you want.

What you have to avoid when on paleo diet:

Refined sugar is not healthy for any diet. The quick blood sugar spike and drop off after sometime is not advisable when you would like to lose weight. Here is my attempt to quit sugar

This was super tricky mostly because Indian Diet is high on grains. We eat everything from wheat, rice to many form of millets. Completely taking them off my diet was quite a challenge, so I stuck to gluten free psuedograins and grains excluding rice. I extensively used Waterchestnut powder, amaranth, oats, tapioca powder, almond meal etc. to keep things going.

This was the most difficult to quit. Indian diets are full of milk, ghee, butter and most importantly yogurt. We just can not do without our bowl of yogurt. I limited it twice a week which helped a bit.

I am not a fan of processed food, including protein powders. So, it was never a concern but you can not have those baked chips. 😉 Just saying.

Veganism is a movement. I had heard it long back but as I have told above Indian diets are heavy on Dairy. I could not think of going vegan. Being a vegan takes a lot of conviction and commitment for which I am not ready as of now. But striving for it. I respect vegans from the bottom of my heart.

What is a vegan diet?

Vegan diet is about excluding anything and everything which is sourced from animals. It includes avoiding dairy completely. You can not have eggs.

Keto has been on the block and is called as the most successful diet for people suffering from extreme obesity and also with some hormonal imbalances such as PCOS. Ketosis is the basis of this diet which is a process that happens when the carbohydrates are eaten in a very less quantity increasing the ketone in the body. When the carbs are less, the body goes to use the already existing fat stores in the body thus helping the weight loss.

Low Carbs and More fat is the basis for Keto diet.

What you can eat on Keto Diet?

In my opinion Keto diet has to be performed under strict supervision of a nutritionist.

I used the Low carbohydrate concept of Keto diet which really worked. But to my very obese mind, eating cheese as a weight loss option did not actually suit.

Whole 30 is a diet philosophy and is the best option when you want to try something challenging, cleanse your system and reset your palette. You are supposed to eat whole food ( forget the juices and smoothies). You can not possibly tweak it. There is a lot of online support available at the Whole30 Website and Facebook group. I failed at my Whole30 attempt.

My ultimate Go-To option was Low Carb diet which made me realise my intolerance to some grains. Low carb food meaning not restricting your calories too much, it means opting for foodstuff which has complex and low carbs. India has a lot of grains and pseudo grains to switch to. So I had a lot of options to choose from. I have reduced 38 LBS with low carb diet and workouts.

Which Diet is Best for Weightloss

There are several diet types as I have mentioned above, it depends on individual choice to decide, which diet suits them the best. In my opinion, every body has a different need. Low carb diet worked for me but for some of my friends Keto worked wonders. I was sure that I would not be able to pull of Keto. When there was weight loss plateau, I tried low carb with intermittent fasting, which helped me move further with my weight loss goal. The simple formula that works for weight loss is a formula, you can check here.

As I have mentioned in many of my posts that me and my sister have been putting on weight for various reasons. I have recently lost 38 lbs with low carb diet and strict workout regime, I have also done IF for coming off a plateau. So, I have used a combination of diets to get rid of those many lbs. I am not at my goal weight but striving hard for it. Recently, I have heard that Adele has lost oodles of weight. Glad that she did. It is a health issue, if we do not act in time. Anything in excess is not good for the body.

What should you opt?

There are range of diets that are available but one thing which remains the same, i.e the calorie in and calorie out formula. No matter what you eat, if you eat excess body is going to store it as fat. Choose the diet based on your conviction and sustainability. For diets such as Keto, it becomes difficult to sustain. In my opinion, it is not budget friendly too. So, opt for diet options which suit you. Intermittent fasting has its own benefits. It is a method which our ancestors have been following for ages. You can certainly give it a try without a single thought. Take your pick from the above weight loss diets which work. 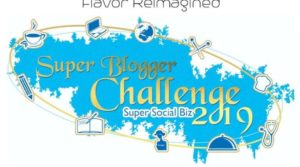 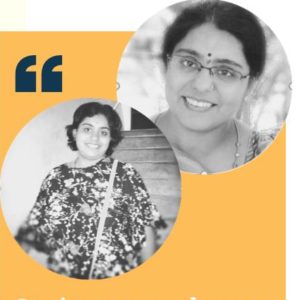