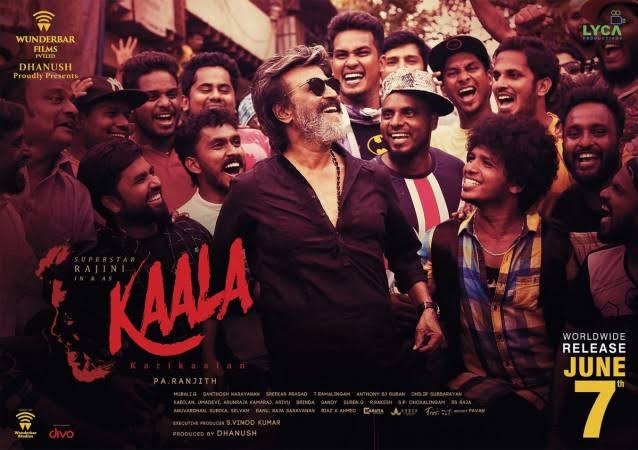 Posted at 11:46h in Blog by the5ammommy 0 Comments
0 Likes
Share

When you have a hardcore Rajini fan at home, who on a typical working day can go for the first day first show (That’s 4 AM), a Rajini film can be a real menace to the routine of the household. Decked up in Black to pay tribute to Kaala, the head of the house headed to some odd theatre in Ambattur, Chennai at the wee hours with crackers.

The head of the household had already started picking up on every Kaala related news since the movie was announced. Me being a Maharashtrian he felt that I might melt looking at the plot of the film which is based out of Dharavi, Mumbai. Slowly, Nana Patekar, who is a very well known actor in Maharashtra was roped in, and now the Mr. was sure that I would surely support his 4 AM first day first show endeavor. The teaser was watched million times, shown to the lil one those many times too. The trailer was admired, one and all byhearted the songs. The song launch was watched twice, and Rajini’s speech was heard god knows how many times.

This time it was clear that the “Thalaivar” wouldn’t be seen dancing around girls as he had done in his earlier movies. With Kabali, I felt he has got a real hang of working with PA. Ranjith and the chemistry was evident in the movie. There was less masala in Kabali. The movie felt genuine. Many even wished that Kabali 2 might be made as the story ended on a mysterious note. PA Ranjith is a brilliant director. His prowess in weaving an intricate plot and executing it was praised. The casting of the film “Kabali” was just outstanding. Of all the characters I liked “ Radhika Apte” as Kumudavalli. Nobody could have done such justice to the role of Kumudavalli.

The real prep started two days before where the first step was to get the tickets for the first day first show. Phoning many friends to get the tickets is customary. After the tickets are confirmed calling friends and showing attitude is the most important thing to do in this whole episode of Rajini Mania. Getting tickets to any Rajini movie is thrilling, I have never been to the first-day first show, but even on the nth day nth show, you can hear people cheering and clapping for the dialogue delivery which is pretty rare in today’s world.

At the crack of dawn, I received a phone call from the Mr. praising Rajini for this outstanding movie. He was equally happy with Nana Patekar and the overall plot. Though it is a little menace to go out in the wee hours, I was pleased that the head of the house, could enjoy and have his time out of the daily hustle. Ultimately, every one of us should come out of the suppression of the worldly emotions and give into some guilty pleasures. Thank you, Rajini for giving that chance to one and all.