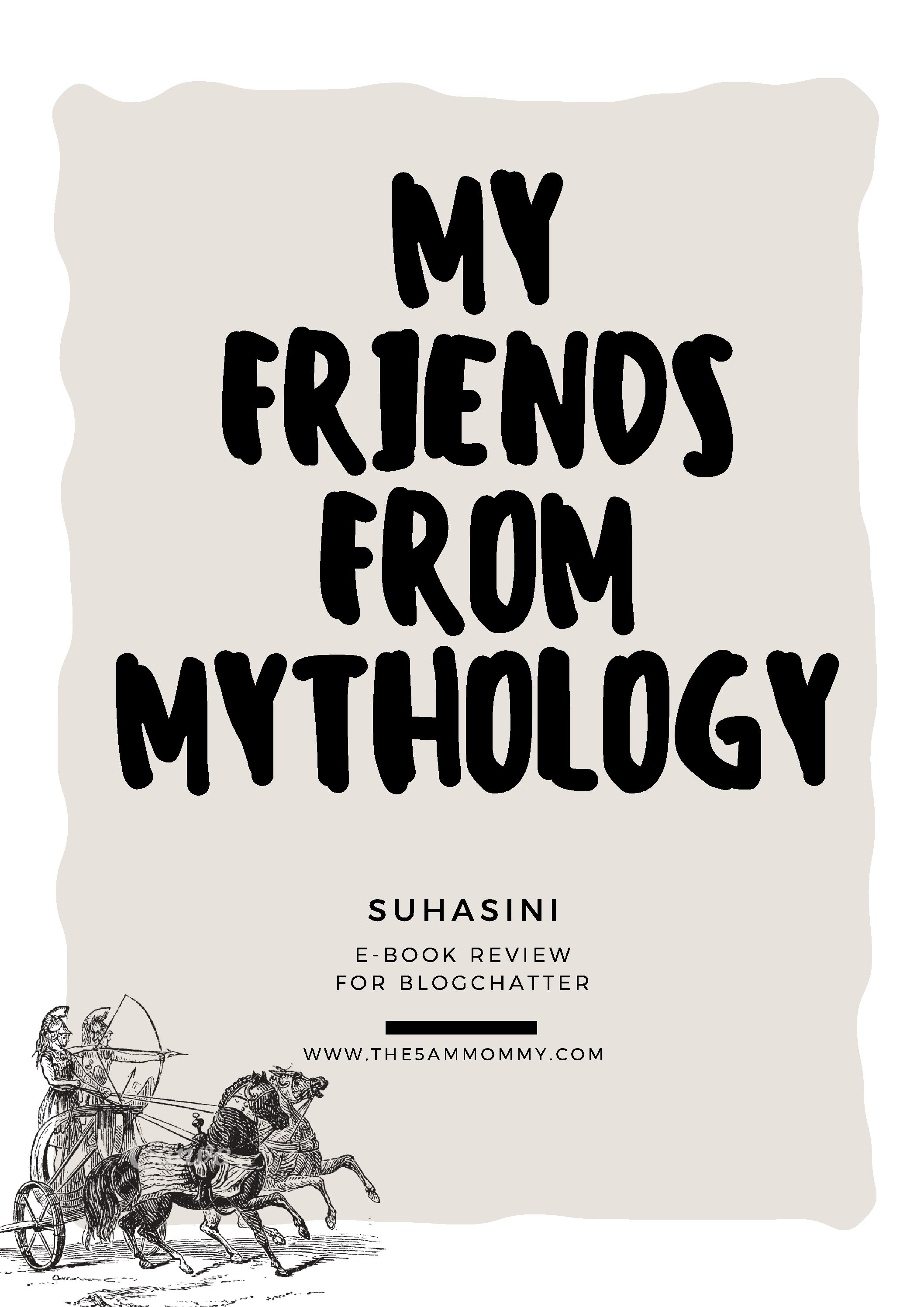 31 May My Friends From Indian Mythology – Book Review

Posted at 13:28h in Blog by the5ammommy 0 Comments
0 Likes
Share

Mythology is my favorite subject. Mostly because of the environment that I grew in and are married to. From the central part of India to southern India, one thing remains the same which is the understanding of the mythological characters. Ramayana and Mahabharata was an essential element while growing up.

So, here I got this wonderful E-book written by Suhasini which is based on all the mythological characters that we know or may not know. Mythology for some is interesting and for others, it might sound boring. But Suhasini has kept every chapter crisp and short with some relevant images. Be it a well-known story of Bheema, where he feels it is easy to lift the tail of the Monkey ( Hanuman) or a story of Arjuna ( who is a devoted Sishya of his Guru), there is an ease with which Suhasini tells these tales. And this ease makes every story interesting for the reader.

The layout of the book is well thought and one can read it in an hour or so. I liked the font of the book and the letters are neatly spaced.

Aptly, Suhasini has put Golu (which has almost all gods) on the cover. In South India, during Navratri, Golu ( Nine steps adorned with various mythological characters and their stories) is celebrated. Before Navratri, we get idols of all characters and the stories behind them. When we visit other people’s Golu, we come to know about different stories which we have never heard of. I felt the same as I read Suhasini’s book. It is an amalgamation of stories woven with love. They aren’t just the stories but each of them has a moral behind it. The moral is explained in a very friendly manner and I am happy that the book does not sound preachy.

Suhasini’s book is just what we need for a weekend read or every night read for children and adults alike.

Loved the book and my rating for the book is 4.5/5

Thank you @Blogchatter for introducing me to Suhasini’s book.

This review is written as a part of The Blogchatter’s book review program.