Once Upon A Story… 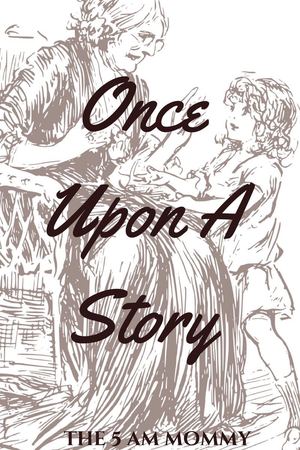 Posted at 13:40h in Blog by the5ammommy 5 Comments
0 Likes
Share

Stories are a daily part of our life. We tell our families after returning from work nothing but stories. Stories of how it was a breathtaking event to catch/miss the bus, how we have convinced a client of the services we render or how we have solved a problem at workplace. Love stories, patriotic stories, mythological stories or the historical stories each genre holds a special place in our heart.I am all ears when I hear three golden words “once upon a time’.

Well, mine is full of home chores and a little bit of prep for the week ahead. How mundane! You must be thinking.. but that is pretty much a life of every woman around the world. So, this Sunday was not so special. I wanted to finish my read “Mansfield Park by Jane Austen”. Well, if my SIL reads this blog post she would definitely say “ What?, You have not finished it yet?”. Well, I should tell her that I have been doing some “ Busy Nothings” since last 3-4 weeks. 🙂

“Busy Nothing” is a word which is coined by Jane Austen centuries before.

It still fits my schedule many times. I do not want to put the novel down. Who would not like to visit Northamptonshire every now and then to have English tea along with a little tete-a-tete with the British Folks of the 18th century. 🙂 🙂

Transcending to the places mentioned in the book is the general protocol of reading any book. Slowly the author starts speaking to you and you realize that you are in his/her world.

Before the kind of entertainment that we have now, it was through the folklore and tales by grandma that we used to do this time travel. Some are meant to learn a lesson while many are left to the audience whether what to take away.

Our paternal grandma whose name was “ Padmavati” used to weave so many stories and tell us after we came back from school. In her stories, she never referred to Ramayana or Mahabharata, she was always interested in telling folklore much to her audience’s ( Shrilekha and me) delight.

While telling us the stories she used to create simple rhymes which were easy to remember.

The stories have been etched in the memories of me and my sister. My grandma lives on forever in our memories through her stories.

One such “ Busy Nothing” Sunday noon, and I get a call from Shrilekha, asking whether will I be interested in a storytelling session by Vikram Sridhar. I said what??. Sensing that it might not interest me she said, “Okay, don’t come, but I will go.”

My home was bustling with guests by that time and I knew that they were all engaged in chatting.I did not want to indulge myself in those ‘Busy Nothings” yet again so, I just thought, let me take a look at this Adult Storytelling session.

We reached the venue which is a beautiful place on 6th Main Road RA Puram. The name of the studio is Wandering Artists ( So apt). As we reached there were around 20 people seated in a circle comfortably listening to Vikram who was dressed in kurta-pajama with a nerdy look.

The session started with a simple folk tale explaining why Sambhar is named as Sambhar?

Starting a new session with something related to food was expected but this simple story was awesome and involved the tales and stories from three to four different states.

The storyteller was smart enough to engage people’s attention who were from varied places and states. Once that was complete, he continued his narrative with a King and Queen Cobra story. The story was simple and many people must have heard it. But what made it special was the narrative.

The sound of a baby crying and the description of the function hosted by the King created a vivid impression.

By now, Shrilekha and I had become the small kids aged 7 and 10 years and were just watching Vikram as he was progressing with the story.

The story ended and the moral was left for our imagination. Vikram smartly moved to the next story of a goddess and that was another treat.

Again, there wasn’t a mythological account of any of this. It was a pure folklore, pretty much as my grandma used to tell me.

Post Yellamma, Vikram took us to a quick and simple story of a cow named Punyakoti. It was a heart-wrenching story of a new mother Punyakoti who promises the Tiger to return as his meal after feeding her baby.

Our next stop was Agra and the darbar of Mughal Emperor Akbar with Birbal. Soon after that, we went to Krishnadevaraya’s kingdom to watch the smartness of Tenali Raman.

By now, we were all immersed in the folklore and living every character.

Vikram smartly moved us onto a kind of Shaikh Chilli story. It involved inputs from everybody. Before we knew the session was over and we came out with a heart filled with joy and brain filled with different colorful canvases.

Rich Indian folk lore has a long way to go.Today’s session was a revival of memories with my dearest Aaji who was an expert to share beautiful folk stories.I wish I get more opportunities to listen to more stories and handover them to the future generation.

For Vikram’s next session check out his FB page