Have you heard of Shankarpale – Indian Biscuits.. 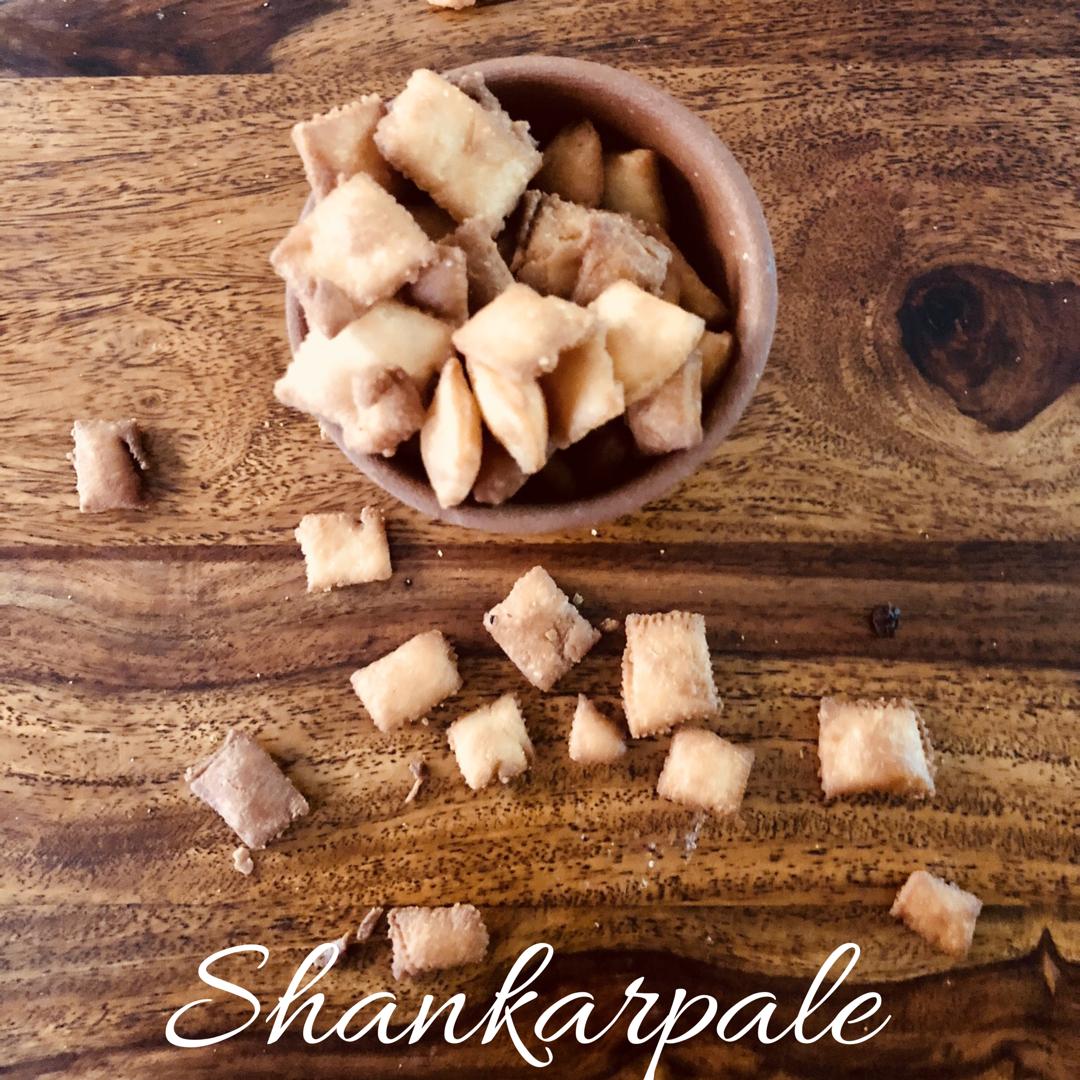 15 Sep Have you heard of Shankarpale – Indian Biscuits..

Posted at 10:46h in Blog by the5ammommy 3 Comments
0 Likes
Share

These were never my favorite things to eat. I have never cherished eating Shankarpale. First thing about them was their different name (Shankar in Marathi Means – Shiva ) and Pale means small vessel so there was no connection between Shiva and the Small Vessel and the sweet.

I was never enthusiastic about the whole thing because may be Aaji or Aai used to make it mostly during Diwali and it was just one of the savouries that they used to make so my attention was diverted to other tasty things like Chakli ( Murukku), Chivda, my favorite for 35 years 🙂 I think I was born to love Flattened Rice and all the recipes made out of it. More on my love of flattened rice later. So, this odd named savoury called Shankarpale were never in my list of favourites until somebody presented me with a very crunchy, mushy and sweet version of it.

I was spellbound to eat those small pieces of a wonderful snack which could be relished with a cup of tea or coffee especially in the afternoon. Post meal 2-3 hours is the time to eat something which you can munch on. It can be puffed rice, chivda or my newfound love Shankarpale.

Instead of giving into those sugar laden donuts, tea cakes, biscuits, it is better to savour 3-4 Shankarpale, I realized it late and felt that this is the most sustainable snack I can ever have. We can also replace maida to wheat flour in due course to make it better. But deep frying should never be avoided ( I mean baking something which needs to be deep fried takes the whole concept and nutrition out of it ) Instead of eating 10 we can munch on 5 but the Shankarpale need to be deep fried.

Me and Shrilekha were brought up in a Orthodox Brahmin household where FOOD was EVERYTHING. It was nutrition but more than that Food was a Soother. My mom was a fantastic cook, she was naturally good at making everything. I do not think she has learnt any recipe from anybody. It was her quest of providing her children and her family authentic and nutritious food which made all her recipes special.

As I remember, she was discovering a different way to make the Shankarpale more crispy, ultimately she did and we were excited to have her new version of small biscuits. She even made it with cumin and salt, for people who wanted cracker type Shankarpale.

Why I am reminiscing all this is because yesterday I was making Shankarpale for Joshi Caterers and I slowly slipped into the past. The whole process of making the dough, rolling it, making it into perfect square and frying it was therapeutic.

Mom used to make all snacks either pre lunch/dinner (main cooking ) or post lunch/dinner when there is no disturbance of serving other things. I used to call this as her “Udyog” means business. 🙂

As per her guidelines, I completed everything yesterday and started making Shankarpale post dinner, till around 9 PM. How was it? If you ask, it was heavenly.

With food I have strange equation, now a day, more than eating food, I have started enjoying the process of making. My sincere confession is that I never enjoyed cooking, I am still very reluctant enjoying it but yesterday was different.

In childhood one just eats whatever is served with a bit of tantrum, during teens one can chose what is to be eaten but with very less knowledge about food, during twenties we realize the process behind cooking and most of us try to survive, in thirties, we have a choice whether to eat a lot or make people relish the food made by you..I have chosen the later. 🙂

P.S. I am taking my Alexa rank to the next level with Blogchatter. This is my first post.