Posted at 13:41h in Blog by the5ammommy 0 Comments
0 Likes
Share

As I sat beside the window reminiscing my kathak classes with Guruji Jigyasa Giri, I fondly remembered the way pre covid classes were conducted. Looking at most of us madam had told candidly about Tribhanga posture, little did she know she had sown a seed of curiosity in me then. Days past and I was still not very sure about this Tribhanga concept which is pretty much the basis for one of the Indian Classical Dance Forms, Odissi.

Abhanga, Samabhanga, and Tribhanga are the postures of symmetry and asymmetry as per Natyashastra. These along with different sutras ( medians ) , measures  ( maanas) and sthanas ( Standing, sitting, reclining) constitute the dance poses and postures. The human body is divided into three planes which are the basis for the movement. Tribhangi posture is seen across all Indian sculptures and is a matter of interest to many scholars. 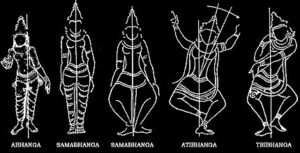 The picture is added to understand the importance of the axis around which the human body is depicted.

The poses and the type of personality may or may not have a connection because as human beings we are so dynamic, putting us in one particular pose is really tough and so the 16 types of indicators and many variations of the dance poses. I feel there might be a connection and reinforcing my feelings one of my very favorite TV personalities “Renuka Shahane” has directed a film called “Tribhanga”.

A story of three generations of women, each having a different personality that is cleverly classified in these three poses. Loved the treatment that was given to the subject. Renuka is my favorite since her Surabhi days, I have always expected more from her just because I feel a woman like her can do so much more. I have an eye on all her ad films and older content that she has been an integral part of.

She has cleverly roped in Kajol as a daughter of a famous writer ” Nayantara Apte” played by Zareena Wahab. Kajol plays the part very well but I could not get the need of using cuss words in each of the dialogue. Maybe it is the way to depict her angst but as a seasoned actress, she could have shown it in a different way ( in my very personal opinion).

Mithila Palkar is cute and nice as her character. I liked the understated cast, the warm feeling of all sets, and overall the calmth that Zareena Wahab depicts as a writer despite taking many difficult decisions in her life as Nayan.

The peak point of the film comes when Robindro, Anuradha’s brother who is a devotee of ISKCON, tells why he has forgiven his mother for whatever she has done. The understated part is played by Vaibhav Tatvavadi.

Some scenes stole the whole show.

Watching the film connected dots for me in terms of the personalities and these off the axis on the axis body position in Natyashastra.

Let me know what do you feel. 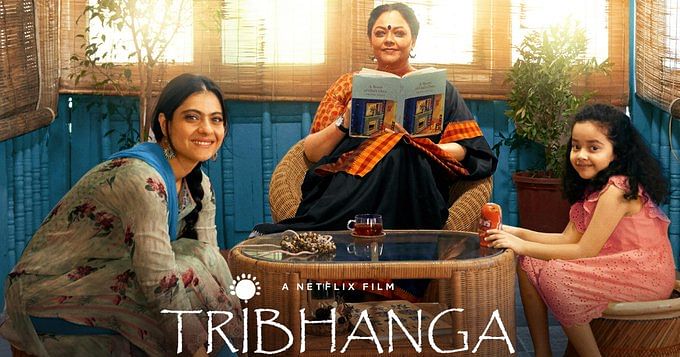